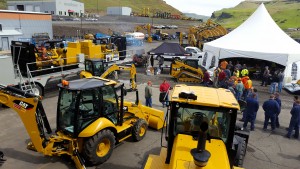 Despite the puddles and overcast skies, record numbers of customers turned out to enjoy a hamburger or hot dog (or both) at Lewiston’s Customer Appreciation Day last week. 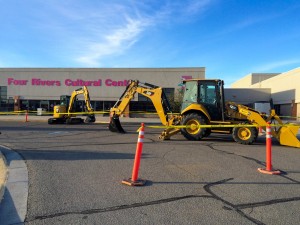 The parking lot of the Four Rivers Cultural Center in Ontario, Oregon was the site of an unusual scene recently: a Cat backhoe and mini-excavator sat in the middle of the pavement, surrounded by caution tape and excited onlookers. 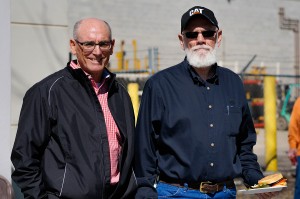 Meridian Parts Supervisor Jon Reigles has been a welcoming, friendly face around Western States for 27 years.  So when the Meridian crew turned out en masse to congratulate him at his retirement party on April 1, it was bittersweet. 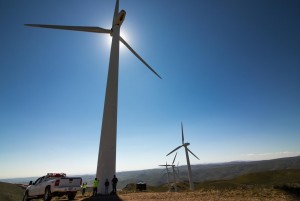 NOT YOUR AVERAGE WIND FARM.

Columbia Pacific Construction, Inc. is building a wind farm. And not just any run-of-the-mill one either. Equipped with blades 185 feet long, these wind turbines will tower over 300 feet high. Twenty-five of these giant power creators will line the mountain top above the small community of Huntington, Oregon, along the Snake River.