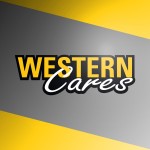 THE BIG HEARTS OF SPOKANE.

There are few things more impressive in a person or in a company than a willingness to help others. That’s why the Spokane stores’ recent involvement with the Vanessa Behan Crisis Nursery’s diaper drive is so telling about the type of people Western States employs.

The Vanessa Behan Crisis Nursery is a resource for families in the Spokane area that provides a safe haven for children in time of need. Because of their services for children, diapers are an item in constant need. Enter Fred Holmes, a heavy haul driver in Spokane who has partnered with the nursery before. He brought the idea of raising funds for the diaper drive to the Branch Leadership Team and they gave their full-fledged support.

Their goal was to raise $1,000 — enough to buy 5,000 diapers — in just over two weeks time. The employees in the truck and equipment shops responded well and raised over $900 by themselves. Western Cares and the Branch Leadership Team chipped in as well to bring the total up to $1,500, exceeding the original goal by 50%. The diaper drive’s success was incredible, but perhaps more impactful was the awareness it gave individuals at the Spokane stores. Sam Sicilia, Service Manager in Spokane’s Equipment Shop, mentioned, “After learning about the service the nursery provides, we would like to continue to support their efforts with money or time. God knows they could use volunteers as well.”

We salute everyone who pitched in and appreciate their kindness. It’s community involvement like this that makes Western States a special place.